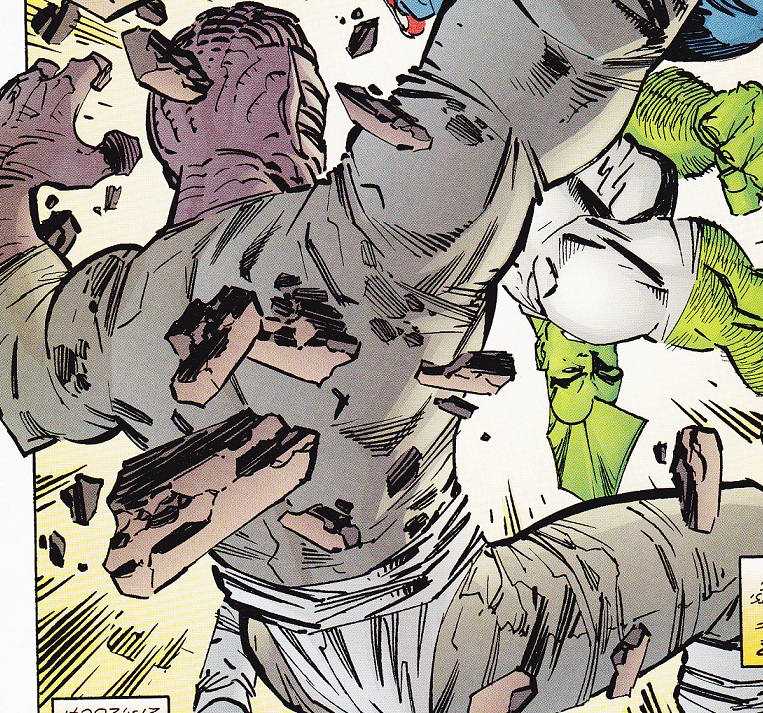 Grudge is first seen during an attempt to clean out the rats of Chicago’s derelict region named the Danger Zone. Grudge soon leaves the Rats and joins up with the Vicious Circle. He is briefly seen when the Vicious Circle battle the Claw. They are later depowered when Chicago is carpet bombed with Freak-Out