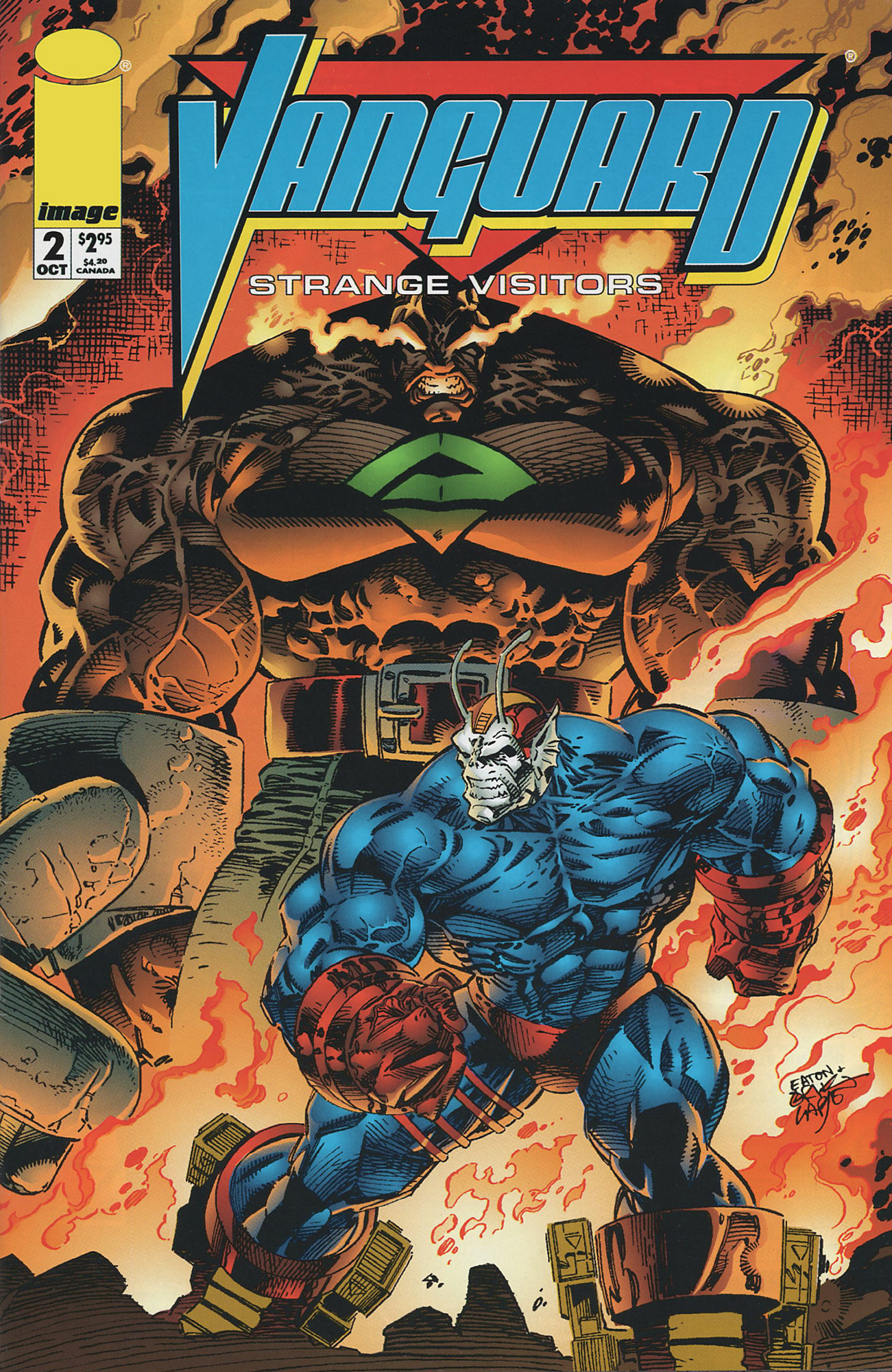 A battle erupts between Vanguard and the mysterious alien brute which causes millions in property damage at the space center. While the event is filmed by Roxanne Wells and a camera crew, a nearby starship full of soldiers decide that their own target must be the rogue combatant in this fight and move in…

After the mammoth being leaps miles away, Wally makes the shocking discovery that their foe is Amok, the last son of the planet Radan. Radan was a world that was roughly ten times the size of Jupiter and its populace were peace-loving people. Alien races took advantage of this and performed genetic engineering on the race, making them slaves that could mine for crystals to power their starship’s warp drives. A family were liberated by their master and they learned that away from Radan they were the most powerful beings in the universe. They led a revolt and expunged all alien life from their world, causing a union of space fleets to annihilate the whole of Radan. Only the children of this family survived but the daughter eventually was killed somehow. Amok was left alone and went on a rampage throughout the galaxy, wiping out planets. About eighty years ago he was brought down and placed in a stasis pod that he remained in until the present.

Vanguard goes after the rampaging alien but receives a sound beating before his girlfriend is ’abducted’ by Amok as she seemed to be similar in appearance to him, as Roxanne Wells has black skin like him. His voice patterns slowly begin to get translated and he seems to genuinely care for the woman he has taken prisoner in the futile hope that she is of Radan too…