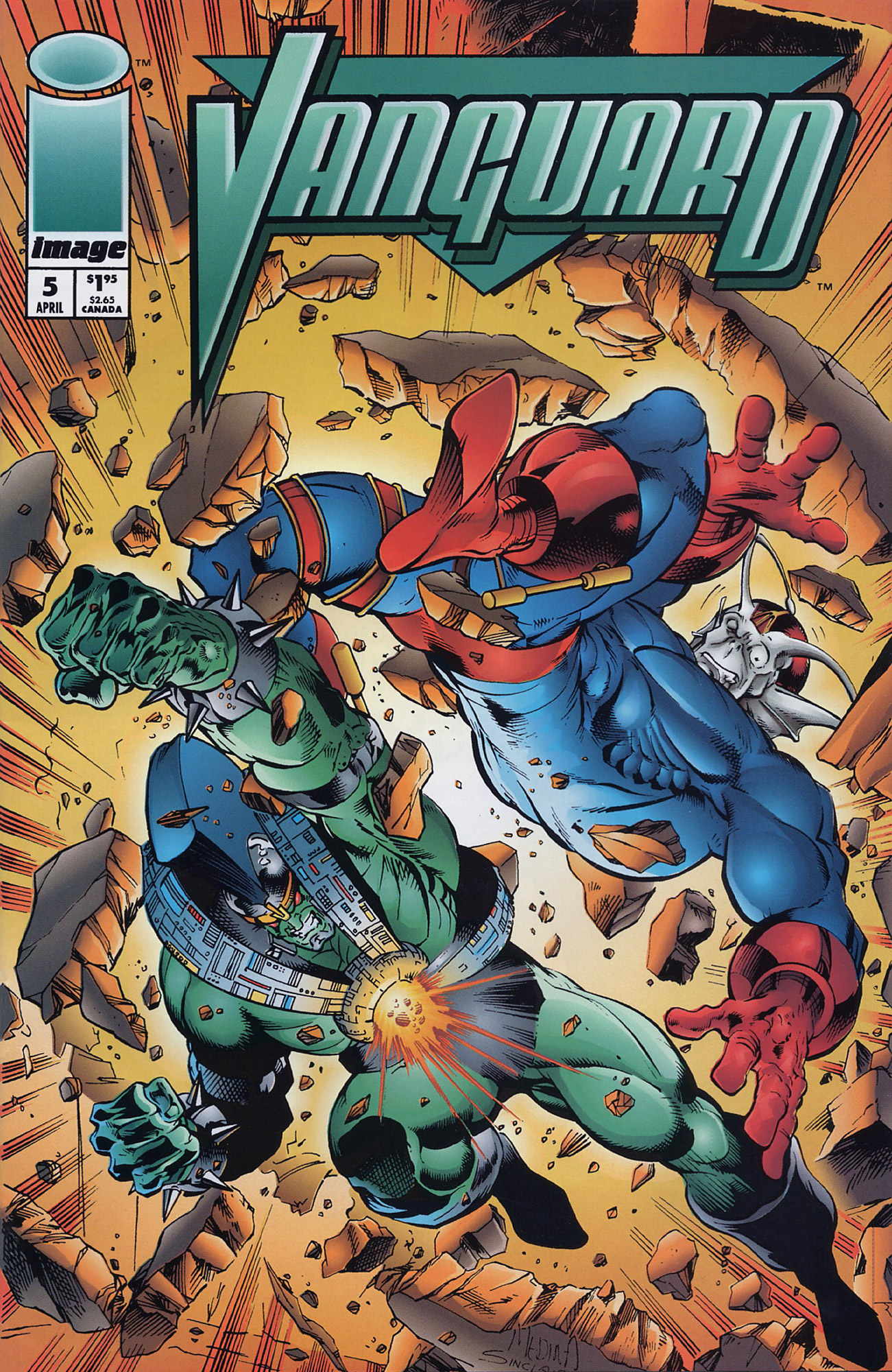 The world’s media, including Roxanne Wells, monitor the USA’s foray into temporal travel. The first time-traveler had failed to return six months ago at his scheduled time, but the second pilot is due home after only an hour of his mission. The time-vessel returns home on time but Andrew Jensen falls from the cockpit, finally dying of his gunshot wounds. Berzerker exits the vehicle to find himself lost in time and he quickly goes on a rampage, believing the troops present to be working for his enemy, Alexander Kirk.

Vanguard decides to go to his new friend’s aid, in case the insane cyborg endangers her life. He teleports to the scene and quickly engages Berzerker in battle. The fierce battle causes huge amounts of property damage at the launch site.

The chaos is interrupted when the armored Alexander Kirk arrives in his own recently constructed time pod. He lies to the media and government that he has returned to the present to stop a cyborg terrorist. Berzerker ends the fight with his alien opponent and leaps into his enemy’s vessel and returns to his time period. The scheming man stands down and is reunited with his family, putting his criminal past in the future behind him. Vanguard realizes that his presence achieved next to nothing in the whole situation and that he will never truly learn the truth behind the events.