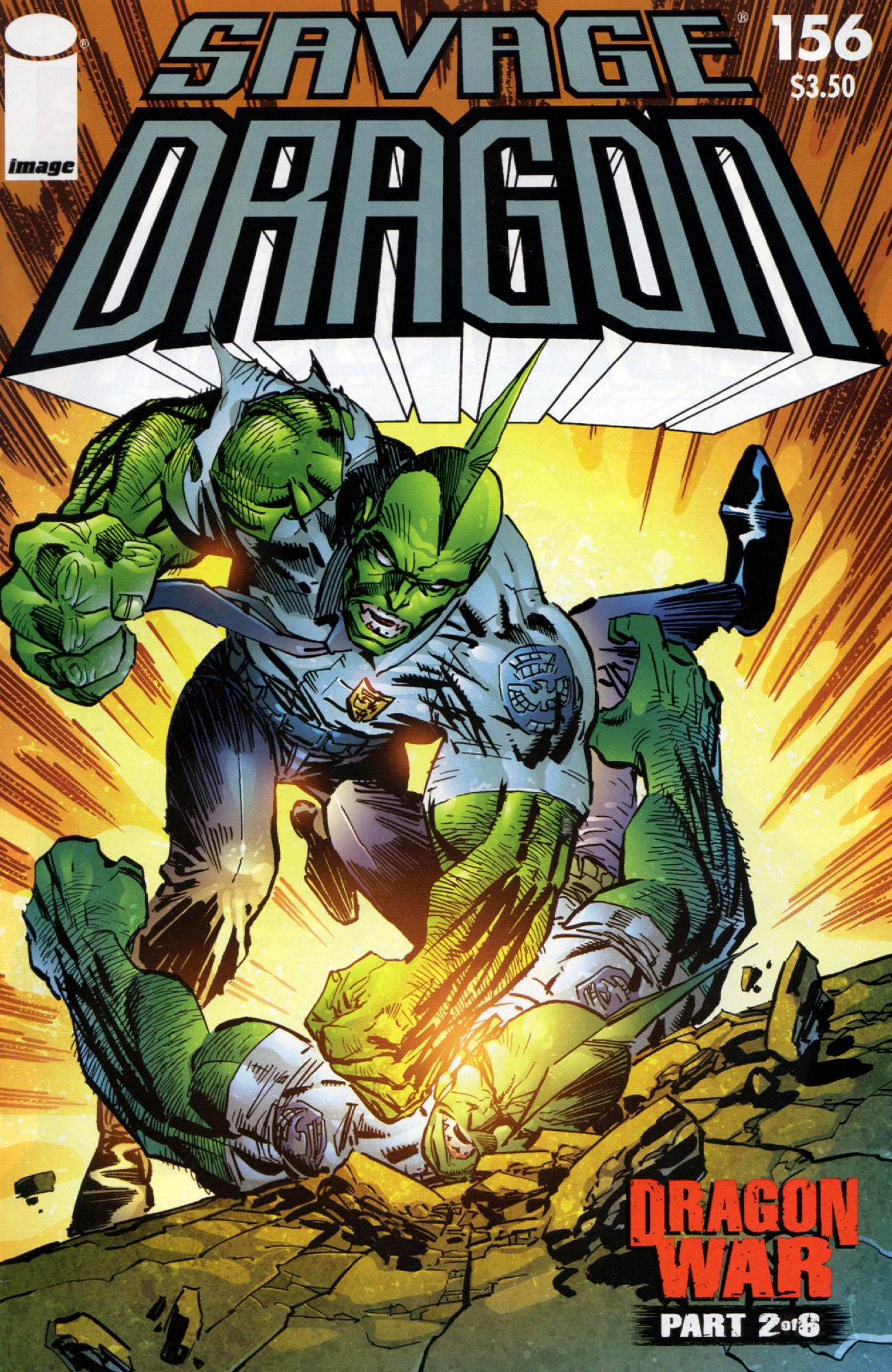 Dark Dragon decides that talking is overrated and strikes at his duplicate, knowing that anything he says would just be disputed by Dragon. He declares that he wishes to replace Dragon and assume his life as his incompetence has led to the destruction of two worlds that he had hoped to protect. The fact that Dragon also killed DarkLord during their encounter also upsets Dark Dragon and he vents his frustration, unleashing a relentless assault on his double in the hopes of killing him.

Dragon suffers from repeated blows as Dark Dragon rants about him being a cancer to this world too and that he will ultimately destroy this planet too. Dragon counters by pointing out that he has saved this Earth more than once and that everyone living on this world knows that. He agrees with his assailant on one matter though and that is that one of them must die.

The time that Dark Dragon has spent in captivity is alleged to have made him soft and weak meaning that there is no chance of him claiming victory. This theory is disputed by Dark Dragon as he claims that life on Darkworld was so tough that it helped forge him into a fighting machine. He firmly believes that Dragon’s children, his world and everybody else will be better off once Dragon is dead. The fight spreads out through Chicago and the police are forced to simply watch on, powerless to stop them.

Dragon reveals that he is not the same man that Dark Dragon has faced in combat before as a reawakening has occurred. He talks about how Virus attacked him, consuming much of his brain and leaving him near death. Malcolm restored him to life through a blood transfusion which may have brought him back to life but he did not return as the Dragon that had been known previously. Dragon begins to shrug off Dark Dragon’s assaults and announces that he is the victor; it is now simply a matter of time until this is proven.

An innocent woman is taken hostage by Dark Dragon who threatens to kill her unless Dragon seeks out Rex Dexter’s assistance in being transported to another Earth to call his home. Dragon ignores this directive and simply punches straight through the head of Dark Dragon’s prisoner and continues the battle. He announces his true identity as that of Emperor Kurr, the ruler of a race of green-skinned aliens that has searched the universe for a new home for generations. Kurr talks about how his memories were replaced by television broadcasts but has now been restored and will claim Earth as his own as his quest has finally come to an end.

Dark Dragon receives a truly savage beating as OverLord watches on from his office, surveying the damage being caused. Angel Dragon and Daredevil do their best to help the victims of the devastation, unable to intervene in whatever conflict is raging on as they are too busy rescuing survivors. Kurr claims final victory but knows that there is only one way to avoid such a fight again in the future and that is for him to kill Dark Dragon.

Kurr grabs his opponent by the head and repeatedly smashes him down into the ground again and again. The impacts gradually weaken Dark Dragon’s skull until it finally shatters on the floor and leaves him head in pieces. Kurr begins feasting on his victim’s brains as he is approached from behind by Malcolm Dragon. The youngster is left confused by his father’s brutal and cannibalistic behavior and questions just what Dragon is doing…

The Ethrian clone continues to drain the life energies from all of the remaining clones but also begins to affect Galian too. The former host of the real Ethrian starts to age rapidly, gripped with pain as his body begins to age away. The real Ethrian suddenly bursts into Hackett Military Base and demands that everyone step away so that he can end all of the torment. He kills the clone and ends his pain and saving the life of the dying Galian.

Ethrian grabs a hold of Charlie Hendrix, tearing him away from General Pike who had actually attempted to protect the teenager. He leaves the clone’s power lens with Galian before flying away with Charlie back towards Powerhouse. Galian attempts to use the lens to commit suicide so that he can get something of a warrior’s death but the item transforms into a Janus Staff. This means that Galian has become a keeper, a role very much opposed to that of a warrior.

Charlie is taken to Powerhouse where he is introduced to Chuk, learning that this alien-looking man is actually his father. Ethrian then transforms back into his new human host of James Peterson, revealing that the only way for him to survive Pike destroying his power lens was to transfer his essence into that of the youngster. James and Charlie go to see Valerie Brisbane who is lighted up with Powerhouse’s energy as there is one final task for them to perform. Galian teleports into the tower and is handed the power lens as James takes his friends in an effort to escape and finally go home…