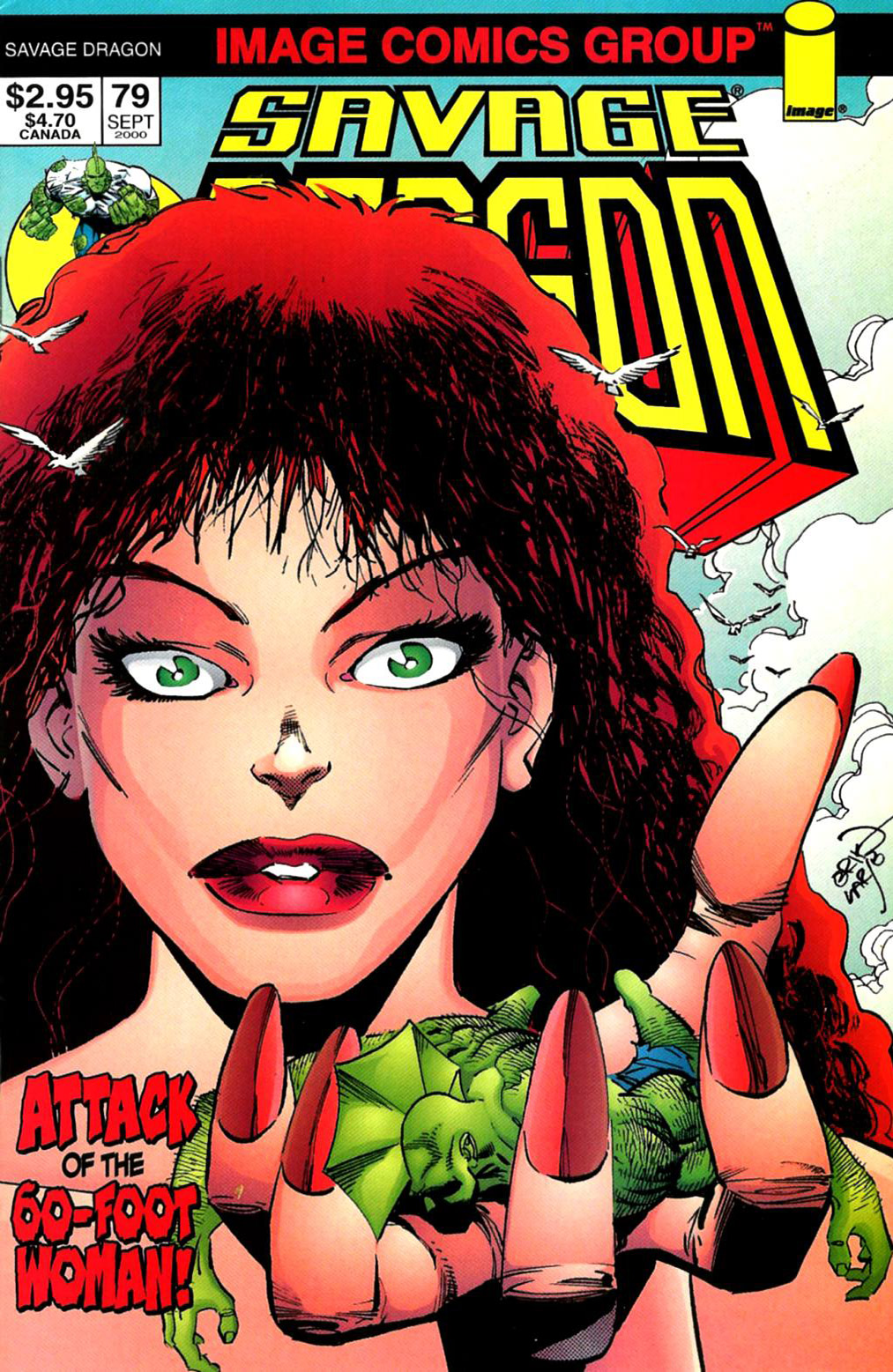 The Martians (Mechanised Bodies Only) (Some Destroyed)

Dragon sleeps on the mattress that he had found, surrounded by the four women that he liberated from the Brain-Child. Their slumber is disturbed when a massive worm bursts up through the ground and whips away Dragon with its tail. The hero recovers quickly and tries to fend off the monster but it moves a lot quicker than he had anticipated and it swallows him whole. Dragon soon re-emerges from the worm’s mouth and tears out its tongue, killing it.

The fallen worm has a huge chunk of meat torn from it which is then cooked to finally give Dragon and his companions a hot meal. The scent of the cooking meat drifts throughout Chicago and a huge hand smashes through the wall to steal it. Dragon leaps to reclaim his food and is shocked to discover that the thief is actually Rita Medermade, grown to an enormous size.

Rita lumbers around and is about to step on Dragon’s companions, the hero being too far away to intercept. The giant’s foot is suddenly impaled by numerous shuriken throwing stars which serve to announce the arrival of Star. He protects the women but Rita throws a boulder at him which narrowly misses its target. Dragon takes his ally away to safety before delivering a knock out blow to Rita to halt her rampage for now.

Star explains that Rita had been grown to her new proportions by a Martian enlarging ray which unfortunately tends to dampen a human’s mental faculties. Dragon suggests that his companions depart with the remaining meat while he talks with Star. He instantly identifies that William Jonson beneath the costume rather than its true wearer. William is annoyed that his secret identity could have been compromised but Dragon dismisses his concerns, too eager to learn about his new reality to worry about any other matter.

With his chance to finally get some answers, Dragon starts to ask too many questions at once and so William gets him to calm down. He starts by explaining how he took the Star costume out of police storage after the Martian attack. William had no intention to remain with the Chicago Police Department once CyberFace had taken control of the world and saw the costume as an easy way to start a new life for himself.

William goes on to mention how Dragon tried to kill “King Khan” in an assassination attempt and that ever since he has been CyberFace’s primary target. He also updates Dragon on the current location of several people that served with them in the police force. William is unsure about Jennifer Murphy’s location as the Martian invasion messed everything up. He goes on to recite how the Cosmic Cops had sealed off New York City and nearly levelled the place, falling only when CyberFace gained access to their technology and exterminated them.

Dragon mentions how Freak Force had stopped the Cosmic Cops in his previous reality but William barely recognizes the name, recalling only that it was a failed project of Captain Stewart. Dart went missing after a huge jailbreak from Stronghold Penitentiary in 1993, Horridus briefly joined the force, SuperPatriot is in the possession of CyberFace and Mighty Man is dead. The rest of the team are not even familiar to William in passing.

A huge fleet of Martian flying saucers appear overhead and immediately open fire and Dragon quickly realises that he is outmatched. Rita recovers and begins crushing flying saucers into one another but Dragon fears that her immense size will make her an easy target. When ground troops are deployed against him, Dragon takes a shrinking gun from them and restores Rita to her original state. Star had mistaken his firing a gun at their friend as a sign of aggression and fires off some shuriken at him.

Dragon becomes distracted as he assures Star that he had meant no harm to Rita which leaves him open to an attack. A battalion of robots pour forth and soon have Dragon restrained, dragging him towards one of the flying saucers. He calls out to Star and instructs him to take care of his wife before the alien craft takes him away. William is left confused by this as he is not married but Rita then reaches his side, finally able to think properly again. She is informed that Dragon had saved her but William admits that because of him, Dragon is now in the hands of the enemy…